To celebrate, I took her to her favorite place - the Pumpkin Patch at Sauvie Island! 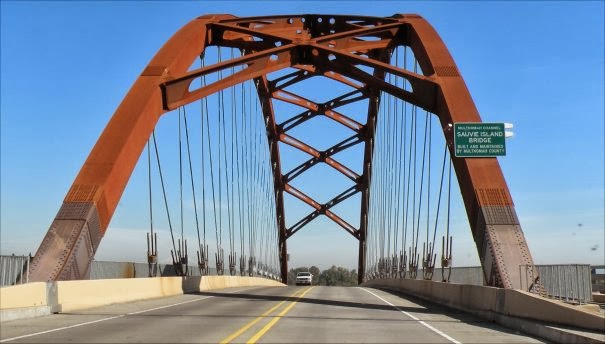 We went to the Pumpkin Patch, and as soon as we pulled in she was so excited! 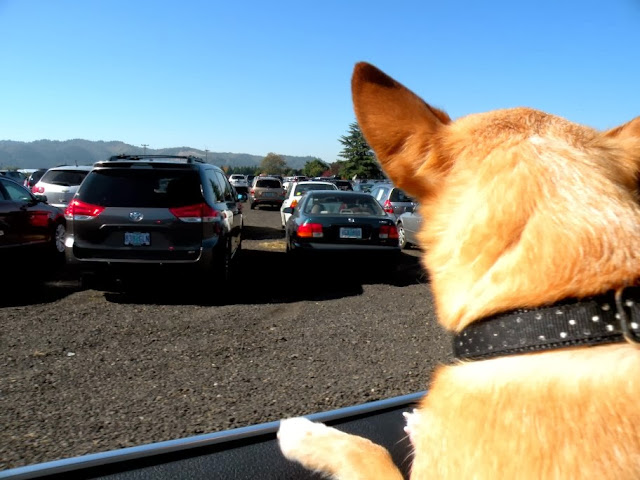 You can take a hayride way out into the pumpkin fields and select your own pumpkin, or if you're in a rush, they have a ton of pre-picked pumpkins. Hailey and I live in a small apartment, so we don't really have room for a pumpkin. We skipped the hayride this year. 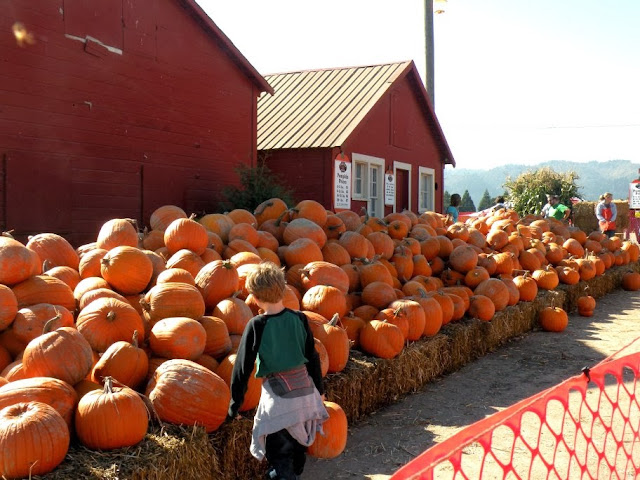 As usual, all the dogs wanted to check Hailey out, but she was on a mission to get to the Corn Maze (she's been every year since we moved to Oregon.. and she genuinely loves it) 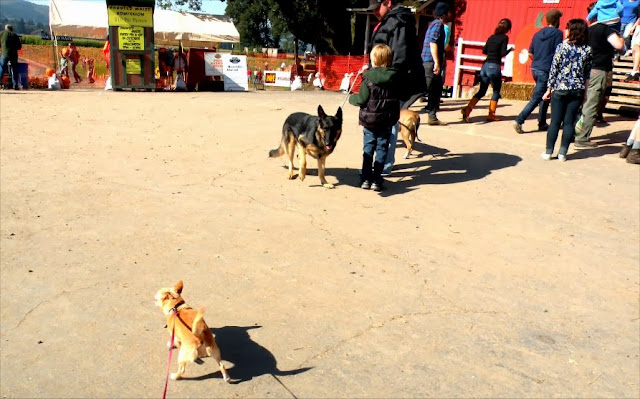 Waiting in line for our ticket. It costs $7.00 for a ticket to go through the maze, which is a very fair price. The maze takes up roughly 5 acres and includes over 2 miles of paths. It is very well done. 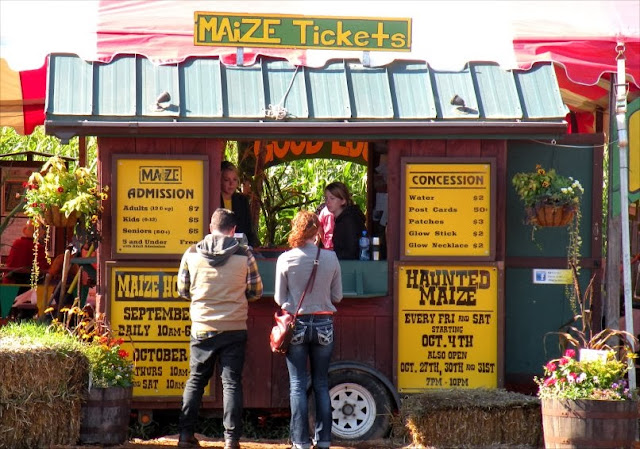 Starting out in corn maze. I let Hailey lead the way the entire time. She's pretty good at getting through, but when she hits a dead end she gets a little huffy. They aren't kidding about the "good luck" wish - this maze is so well done that people get lost for hours. They now have "Corn Cops" inside to help the people who are having panic attacks get back to civilization. 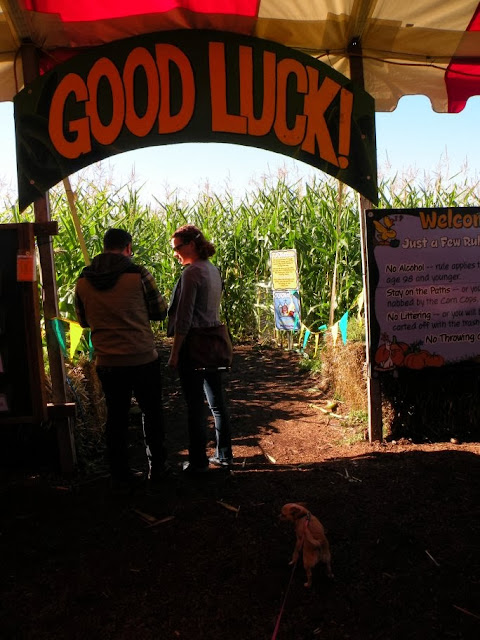 Hailey on a mission to get through the maze. 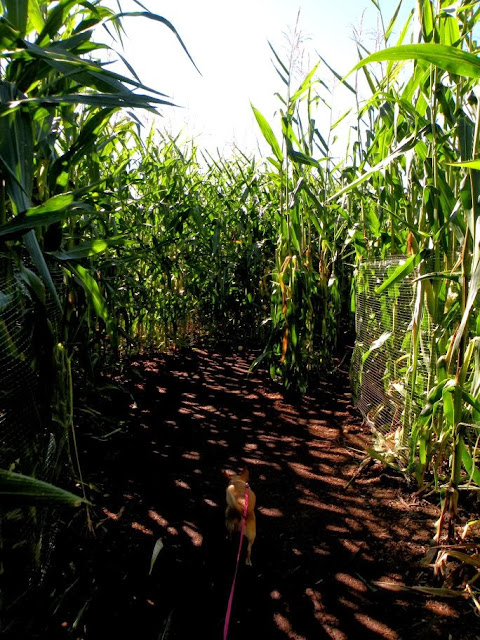 I MAY have let her off her leash on a more remote portion of the maze. 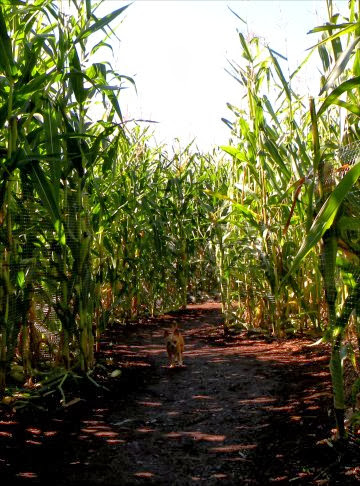 She didn't really like the idea of being alone - I think she was afraid she'd get lost without me. 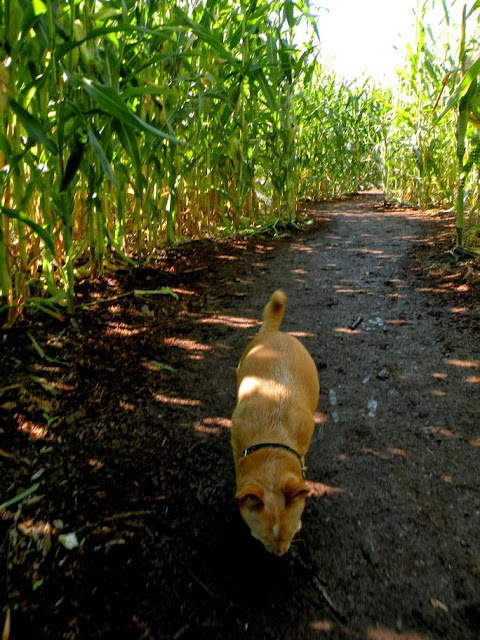 There are two bridges in the maze. Here's Hailey on the first one, looking back at the red and white tent that was the starting point. 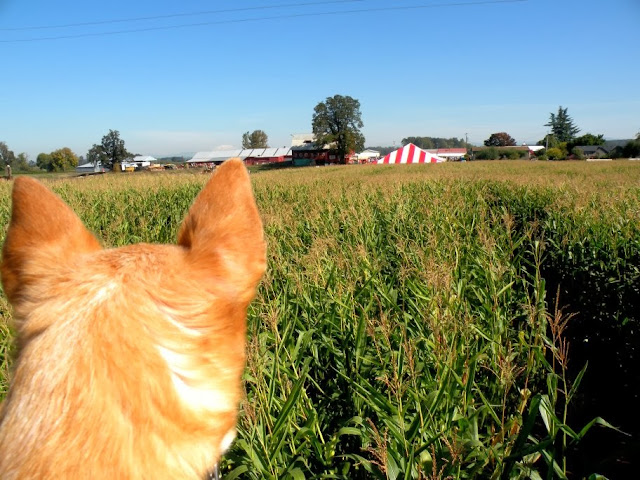 Still lost in the maze 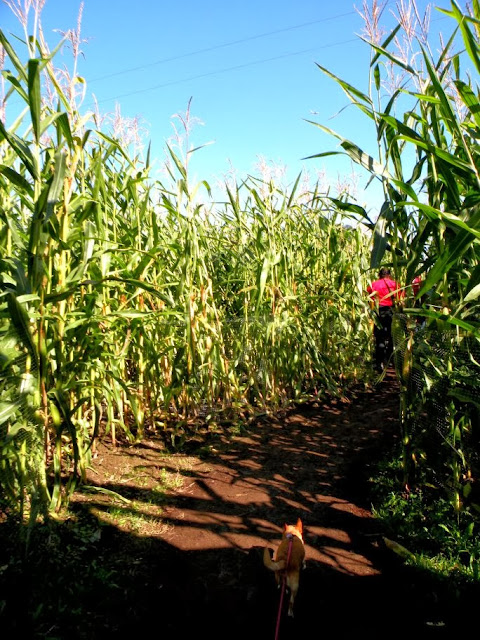 Here's Hailey crossing the second bridge. At this point we hadn't seen anyone else in a very long time, which either meant we were extremely lost, or we were close to getting out of the maze. 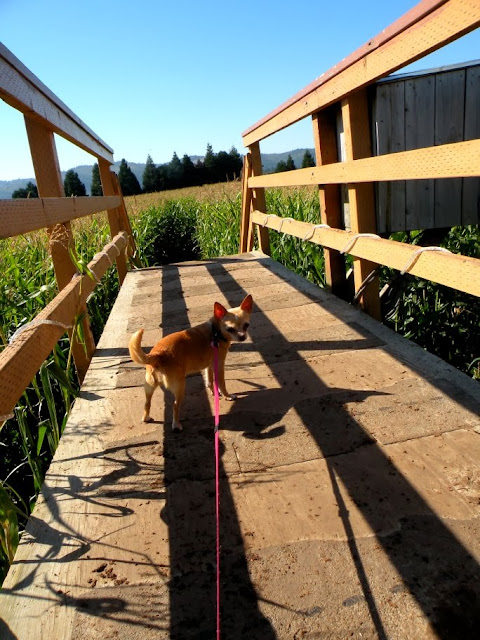 Lucky for us - we were almost finished! Hailey is EXCELLENT at navigating mazes! As a reward I shared some apple slices with her after we finished. 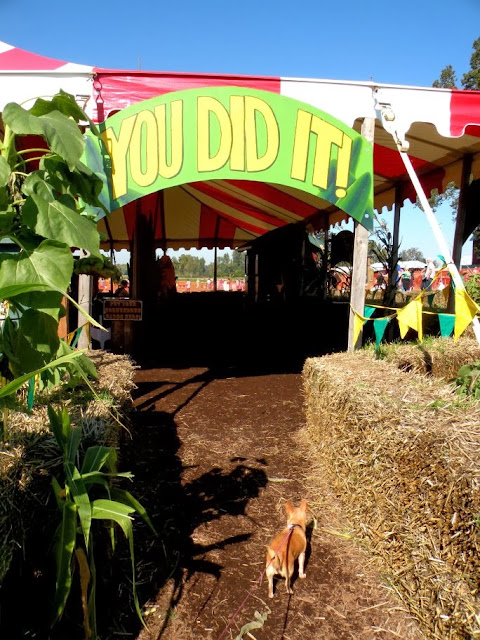 If you would like to visit the Pumpkin Patch at Sauvie Island, or the Corn Maize, you can get more information here www.thepumpkinpatch.com  They are located 16511 NW Gillihan Road in Portland and are open 9:00am - 6:00pm daily June through October.
Posted by Unknown at 7:56 PM