So I set out to try Nong's Khao Man Gai the other day, but as there usually is, there was quite the line. It was misting out and I didn't have a hood on, so I decided to try whichever cart had the shortest/no line, which is how I ended up at Hickory Smoked BBQ. 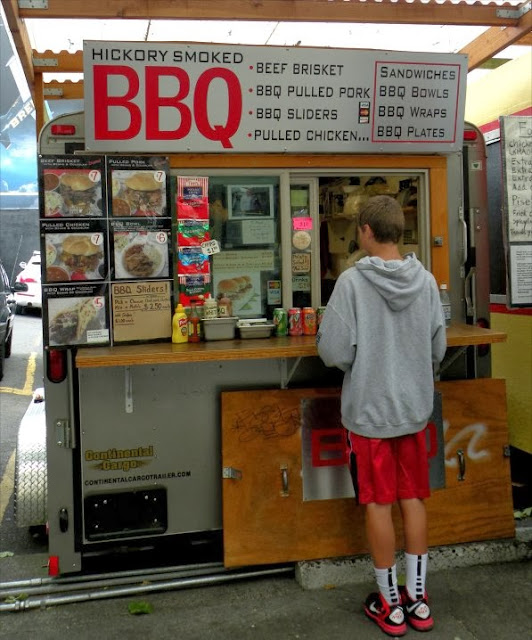 The kid in line wasn't even really in line, he was asking for directions to the closest bathroom.

BBQ sounded delicious, there's nothing better than a hot plate of meat on a cold, dreary day. 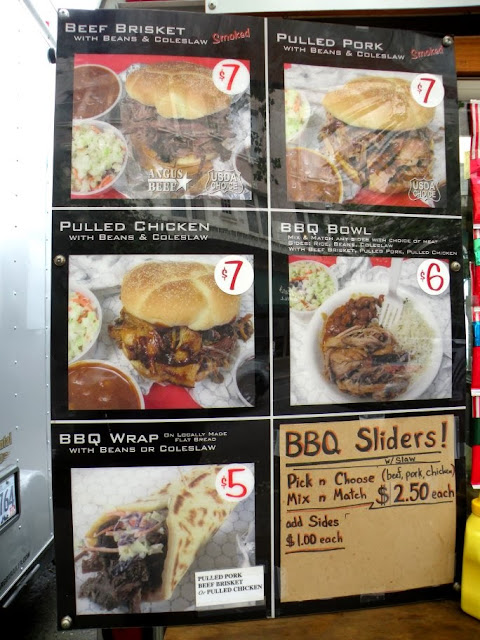 I decided to go with the beef brisket with beans and coleslaw. 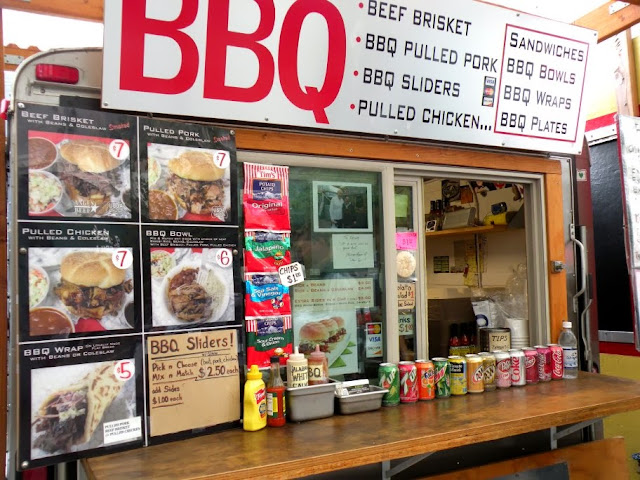 They also feature a large selection of soft drinks, and four varieties of Tim's potato chips. 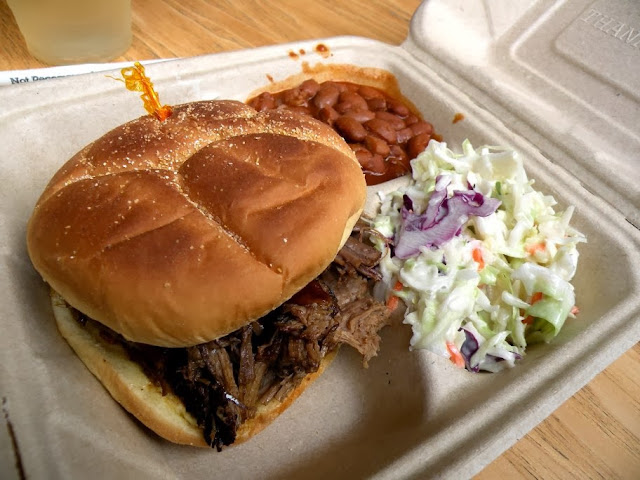 My food came out pretty quickly, and I popped into Starbucks across the street for a Lime Refresher (and a roof over my head while eating my lunch). 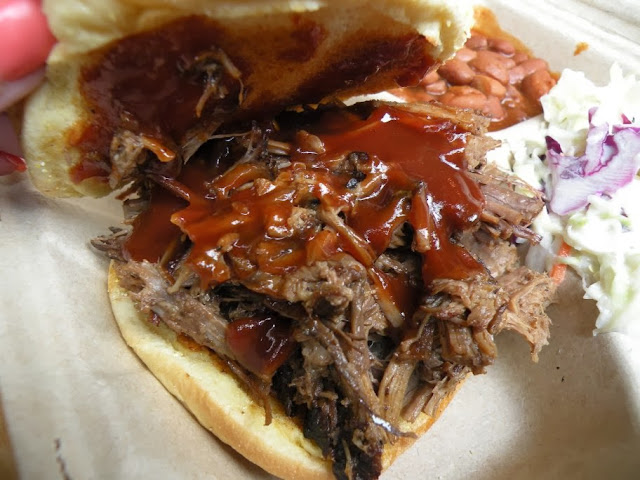 The brisket sandwich looked delicious, but unfortunately was not. The bun was either over toasted, or stale, it was hard to tell. I was disappointed that with all the bakeries we have in Portland that Hickory Smoked BBQ uses store bought buns. The brisket itself was very fatty, and not in a good way. If you look closely at the photo you'll see mounds of gelatinous goo. Somehow, even though it was incredibly fatty, the brisket was also incredibly dry. I had to choke my way through a couple bites before I resorted to eating just the brisket that had BBQ sauce on it off the sandwich with a fork. The BBQ sauce was the only standout of the sandwich. It was slightly sweet with a great smoky, spicy flavor. I wish I had grabbed a couple of sides of the sauce to slather on my sandwich. 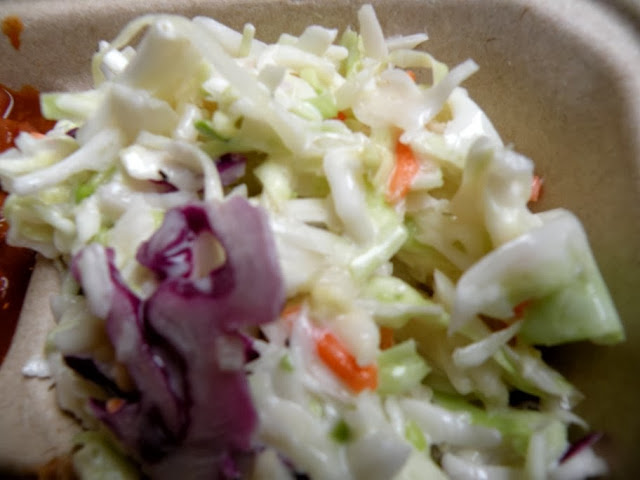 I am a lover of cabbage. As a child I used to eat red cabbage raw as a snack (it had the added bonus of turning my tongue purple - that's pretty cool when you're 8). That being said, I'm typically a big fan of any dish containing cabbage. This coleslaw ALMOST gained my seal of approval, the cabbage was fresh and crunchy - a far cry from the usual soggy cabbage found at BBQ restaurants - but unfortunately it had no flavor beyond cabbage, it tasted like cabbage with water on it. 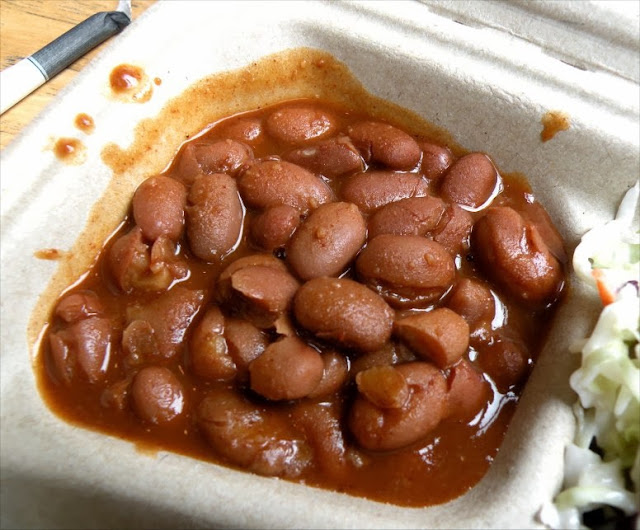 The beans were also a miss. I'm pretty certain that these are just canned Heinz or similar beans.


If you're interested in checking them out for yourself, they're located in the food cart pod at SW 10th Ave & SW Alder St in Portland.