As the Sunday brunch tradition goes, T and I take turns choosing a location. He tends to chose the same thing every week (Irving St Kitchen), while I like to try somewhere I've never been before. After much goading he was prompted to choose something other than his standby, ISK, and decided on Jamison.

I have probably walked by Jamison over a hundred times, and never once have I seen anyone coming or going, it never dawned on me that it was a restaurant, it appears from the outside to be an event space. 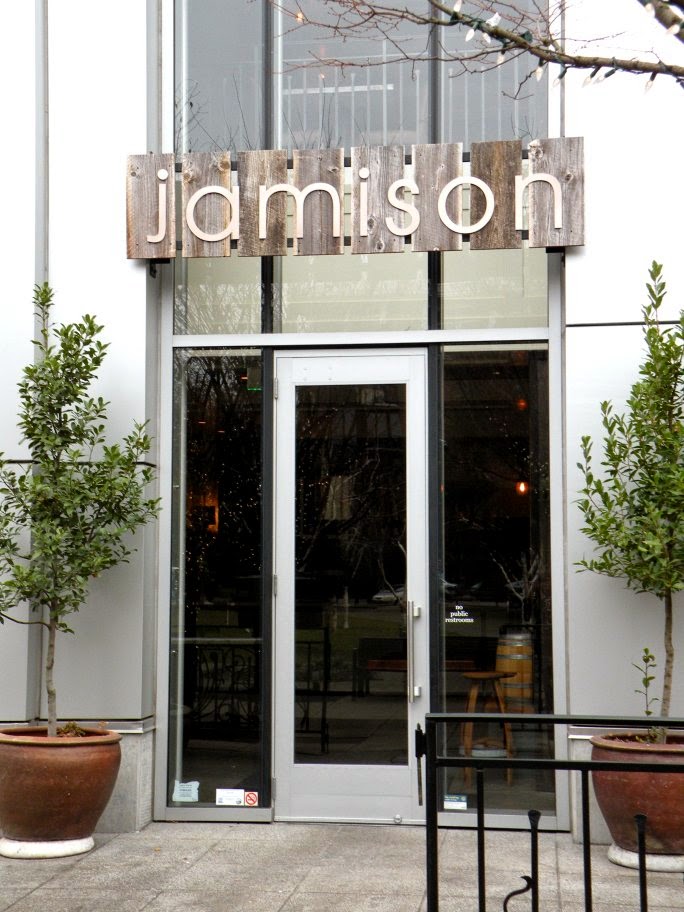 Not in a bad way at all - it's just so.. beautiful inside. Take a peek: 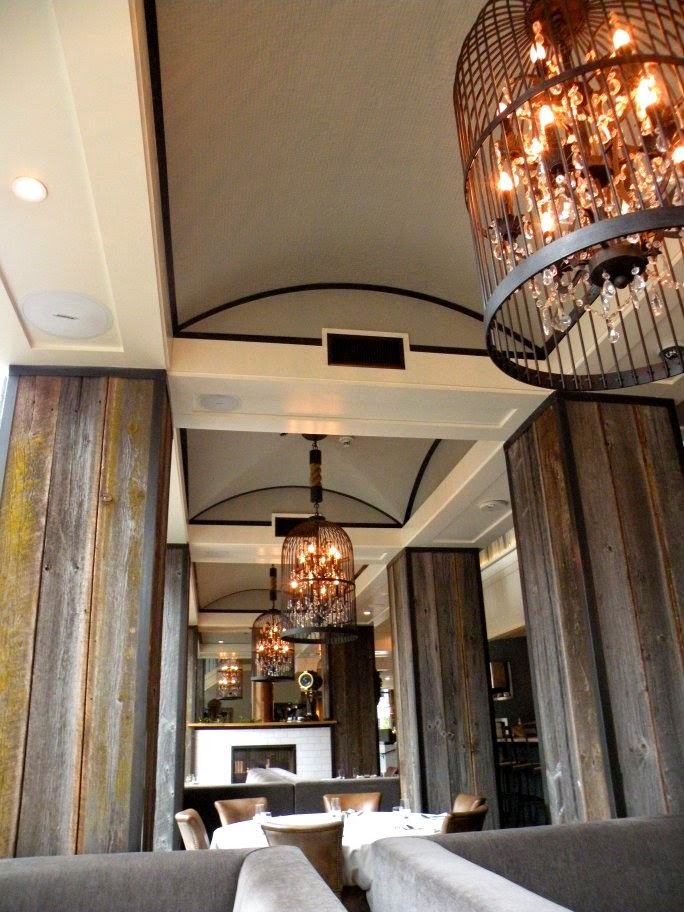 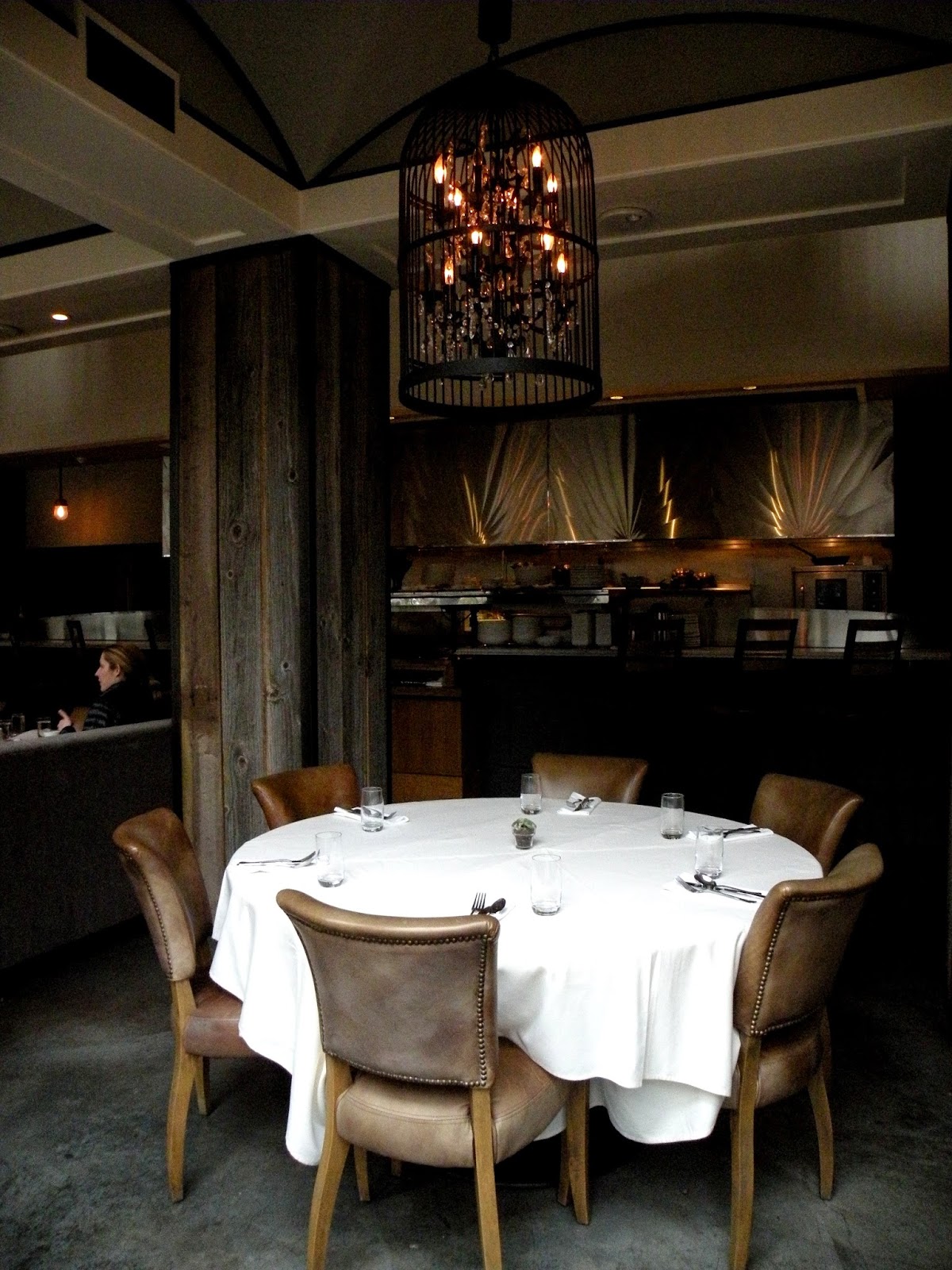 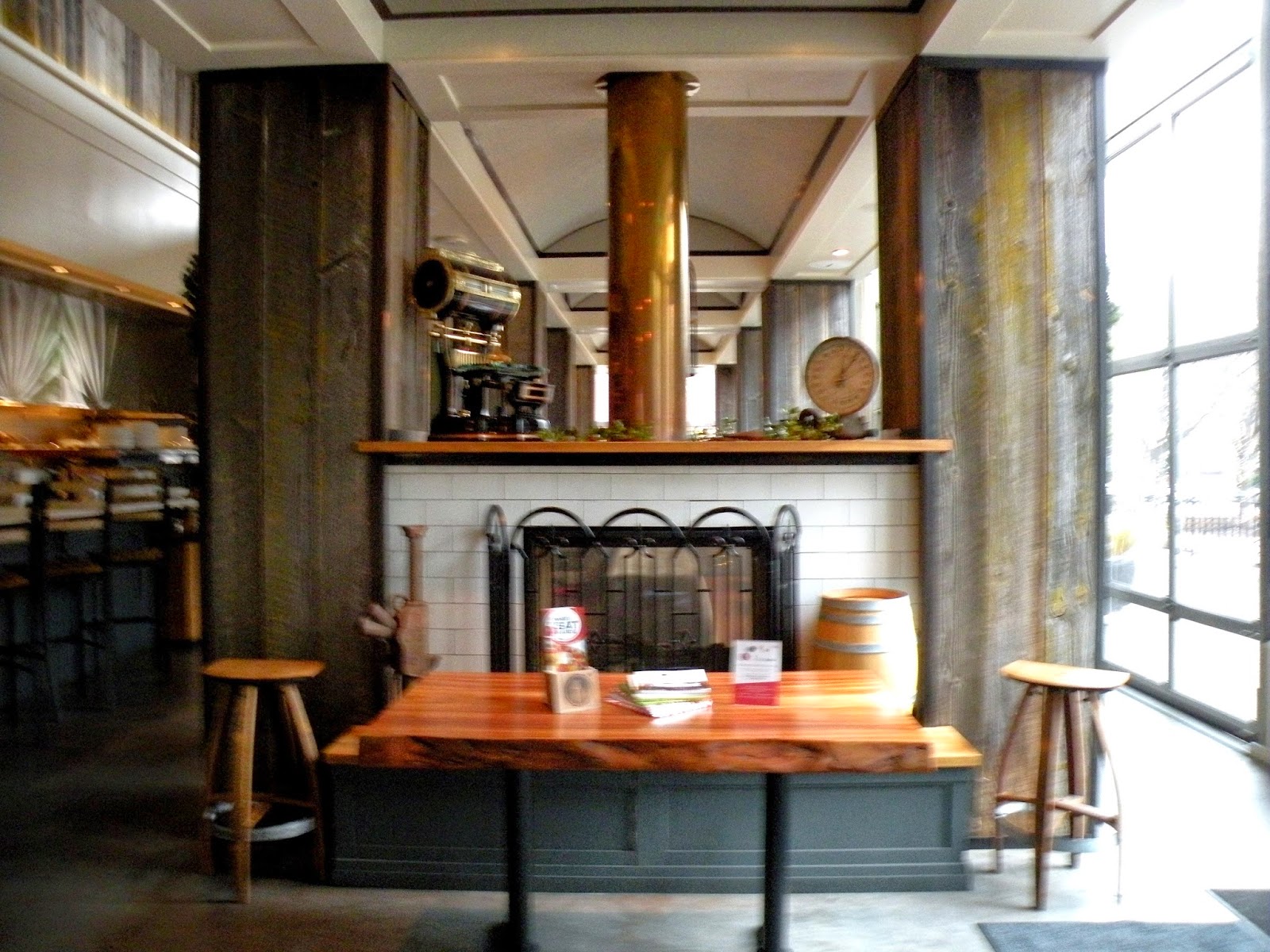 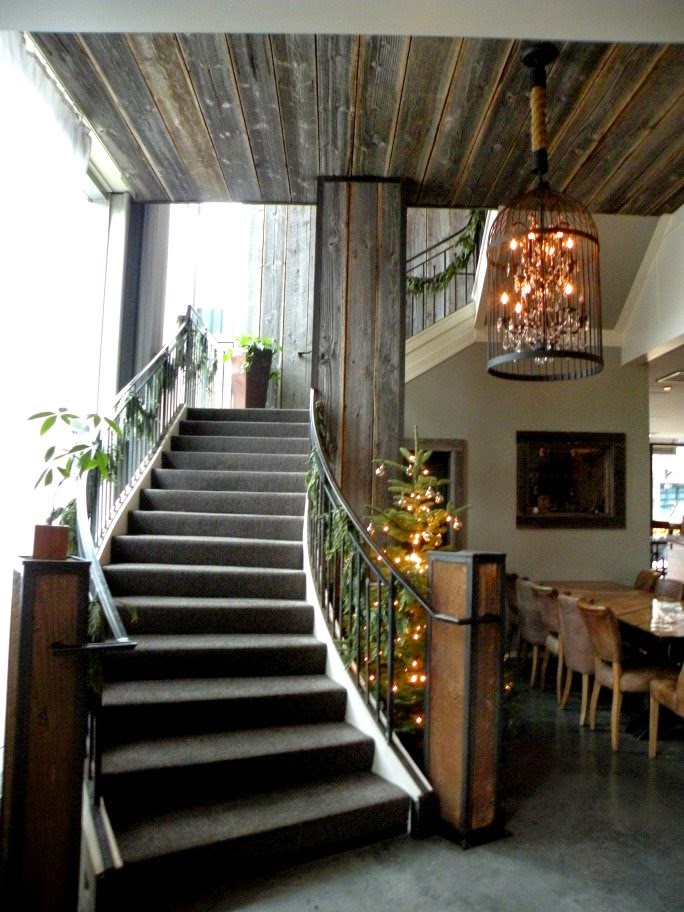 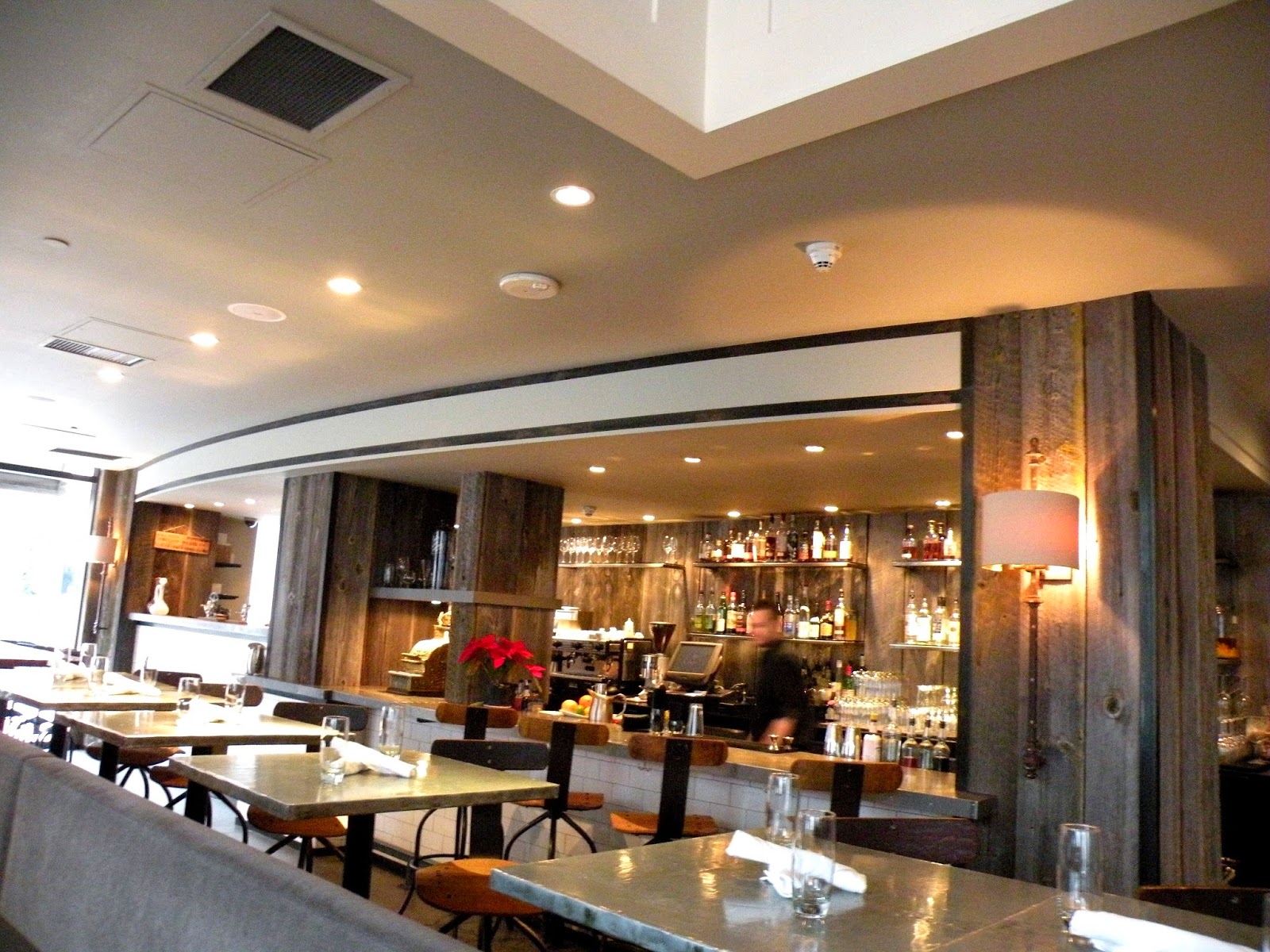 It almost has the feeling of a high end furniture store.

I really, really like the ambiance and the whole feeling of the place - however I should mention that when we arrived at 10:00am on Sunday for brunch we were the only customers at Jamison. In a town where an hour wait for brunch is the norm, the absence of customers is typically a bad sign. 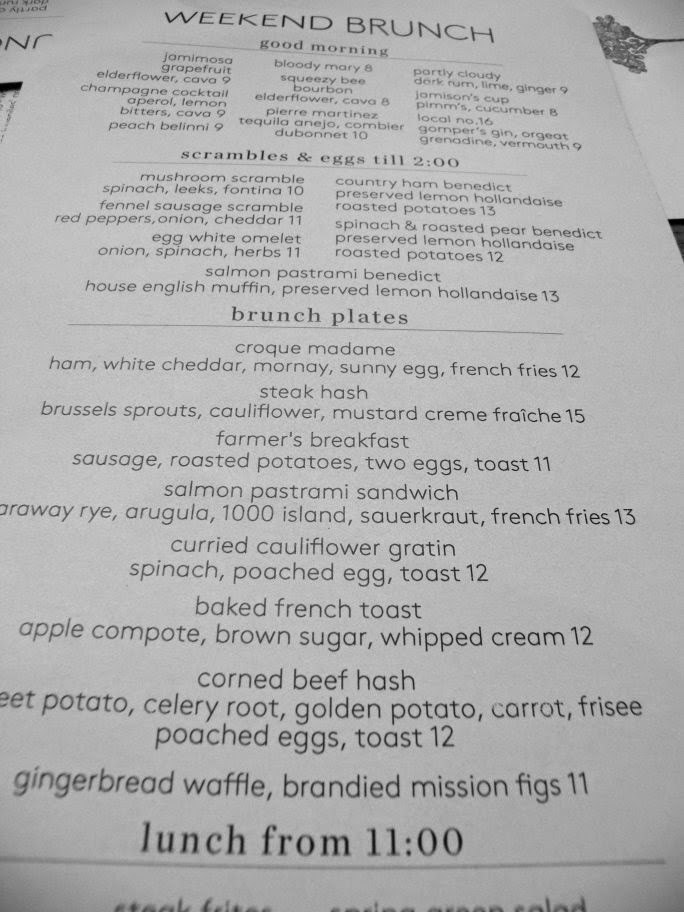 The brunch menu was a good size, and featured some interesting items. I really considered the salmon pastrami benedict with preserved lemon hollandaise, just because it sounded like such a strange combination, I figured it deserved my attention. Unfortunately they did not have it available while we were there. 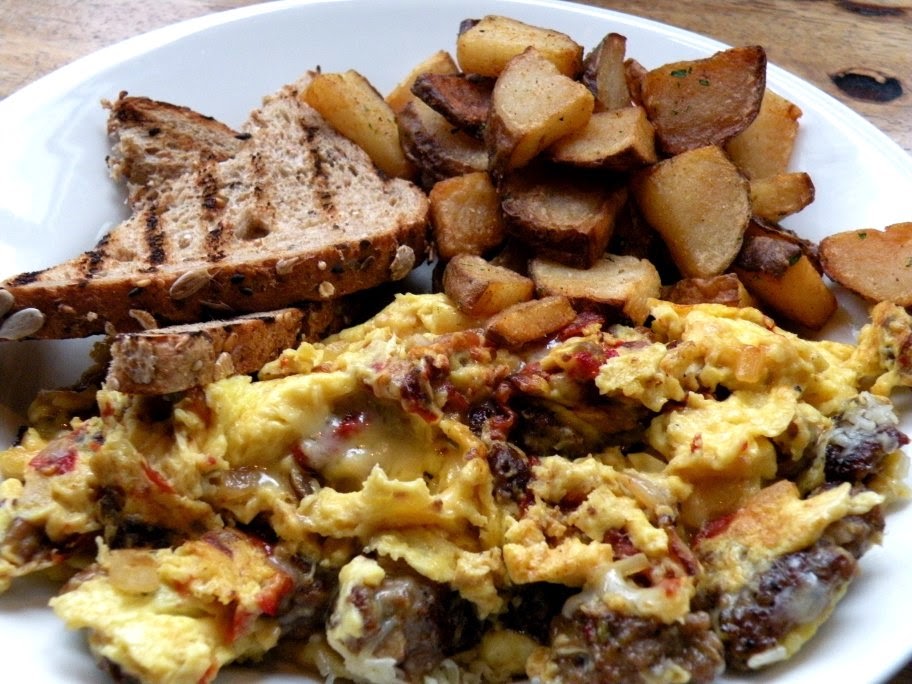 T decided to order like a grownup and had the fennel sausage scramble with red peppers, onion and cheddar ($11.00). It arrived with two pieces of dry toast and country potatoes. It wasn't bad, but wasn't remarkable either. 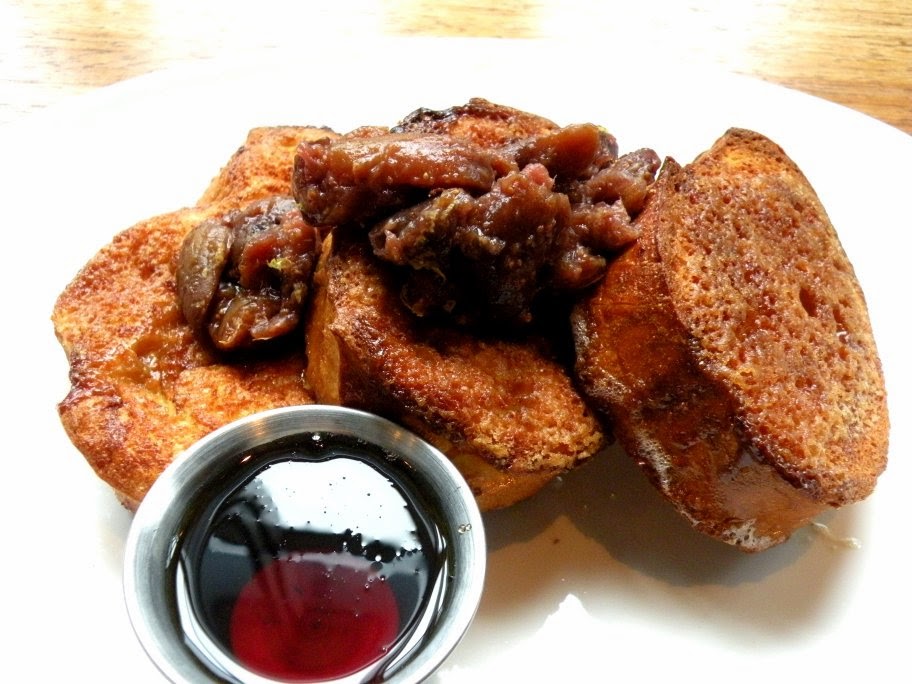 Here is where things get weird. I ordered the baked french toast with apple compote, brown sugar and whipped cream ($12.00). When it arrived I looked at this and thought - there is no way that can be french toast - right? But according to the waitress this is what I ordered. However those things on the "french toast" were not apples, but maybe figs (they looked like smooshed figs, but did not taste like figs in any way), and the absence of both brown sugar and whipped cream led me to believe she accidentally gave me the gingerbread waffles with brandied figs instead. She insisted that I had my correct order. Whatever this was, it wasn't what I ordered, and it was gross, and her blase attitude about the mixup was infuriating. 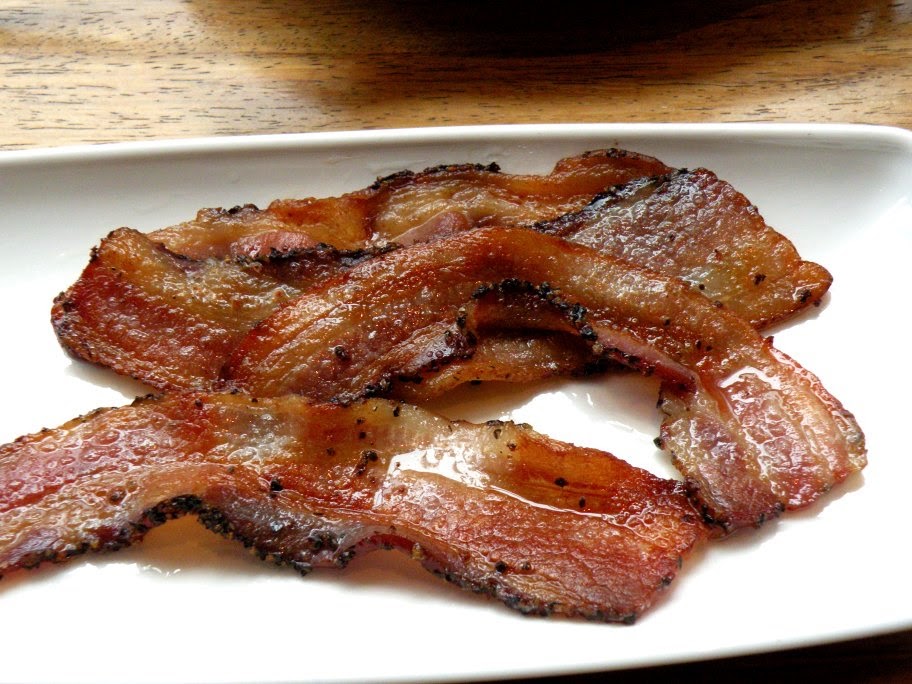 We ordered a side of bacon ($4.00) because bacon makes everything better. But it wasn't very good. Bacon is almost always delicious, but this was soggy, almost seemed underdone, and had little to no flavor.

I really wanted to LOVE Jamison - no wait, we had the place to ourselves, and it is gorgeous inside, but the food was just not good. I would give them another try for maybe lunch or dinner, but wont return for brunch.

If you'd like to check out Jamison for yourself, they are located at 900 NW 11th Ave in the Pearl District. Their website is www.jamisonpdx.com and they are open for brunch and lunch on Saturday and Sunday from 10:00am - 4:00pm. Happy Hour is daily from 4:30pm-5:30pm, with dinner served nightly starting at 5:00pm.