The other day I received a text message at work from a friend who wanted to go to lunch - because I failed to come up with somewhere, we ended up at Dick's Kitchen. I don't love it, I don't hate it either, I just feel like there are so many better places to eat in Portland. Don't get me wrong, Dick's has a pretty good selection, and they have a great variety of meats (buffalo anyone?), I just don't love the "vibe" in there, and I ALWAYS end up sitting by a table of weirdos. 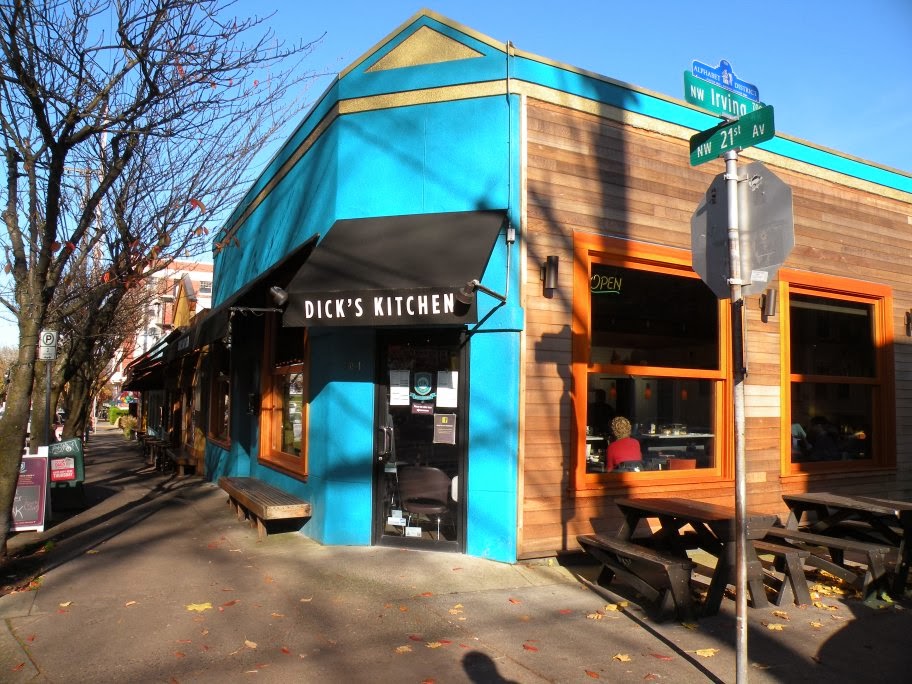 This visit was no exception to the rule. We ended up sitting next to two people who were clearly on a first date. The woman on the date was trying to convince the man that she had to travel with ziploc bags full of blood, and that it would be really hard for her to go to China because explaining her need to carry blood around would just be impossible. He kept asking her what was wrong with her that she would need to carry blood around, and she kept making up crazier and crazier responses. The guy definitely was a gentleman, if it were me on that date, I would have vaulted over the table and ran away from her as quickly as possible. 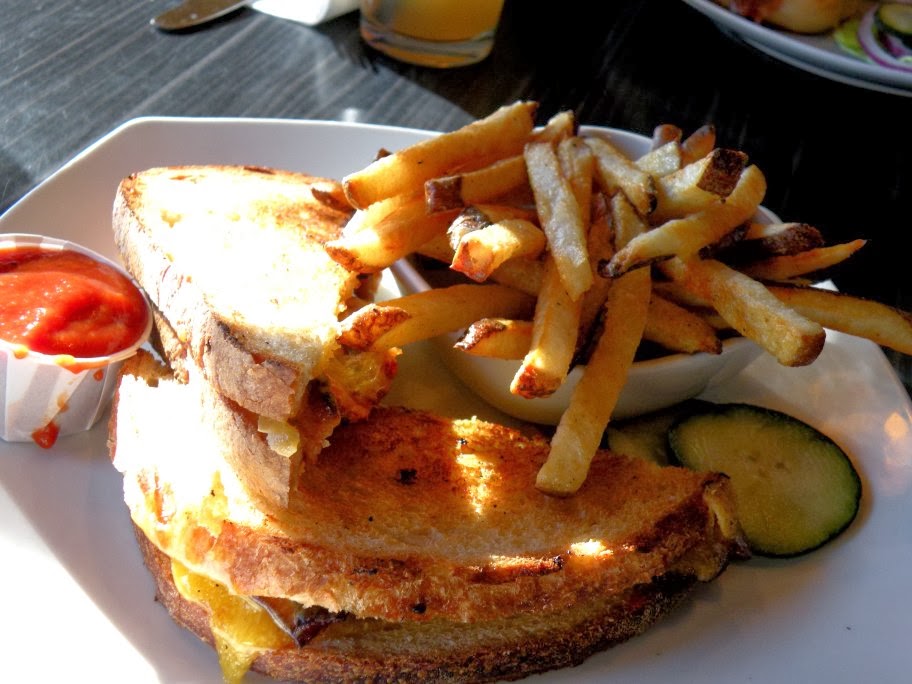 I ordered the Grilled cheese ($7.00) featuring Tillamook cheddar, Nueski's bacon and a tomato on white bread, and an order of Not-Fries ($3.00). The not fries, like everything else I've tried at Dick's are kind of boring, bland and lackluster, but the house made spicy ketchup kind of makes up for it. The sandwich was okay, but it was so greasy I could only eat half of it. I guess I should have expected it to be greasy, being filled with bacon and cheese and all, but it was just too much for me to handle.

If you'd like to check out Dick's Kitchen for yourself, their website is www.dkportland.com. They are located at 704 NW 21st Ave in Portland and are open from 11:00am - 10:00pm seven days per week.